Hip Hop recording artist BD Miguel is starting 2017 with a new track that is gaining traction. BD is a label visionary. He is also a talented artist representing Washington state. He heads up a Washington based record label with a solid roster of talent.

BD spreads out his time recording his own music and building the projects of other artists under his label. He spends most of his time in the evenings in studio recording, mixing and producing multiple projects. This year is a special year for BD and his label KTINC Music Group.

According to Thisis50, BD teamed up with beat producer J1 to experiment on an idea for a song.  What came out of that session is a fully recorded song that has all the elements of a hit record.  “A Pretty Site Ta See” is a hip hop serenade to the beauty of women that made its debut recently on iTunes. In addition, the song is gaining traction on the DJ circuit.

The idea behind this record is not coming from a personal relationship in particular. From BD’s point of view, it is coming from the after effect of falling in love and realizing what is truly meaningful in life and to him as a human being.

J1 sings the hook on the track. BD delivers the verses in a masterful way. Furthermore, the beat is exceptional as well. When asked about the recording experience, BD shared:

“The singer on the track is my friend J1. He produced the beat and I wrote the song in 24 hours. He liked my hook and he asked me could he sing along with what I was saying. It happened so fast in studio. We felt great about the track when we listened to it. It says what we wanted it to say in the language of music.” 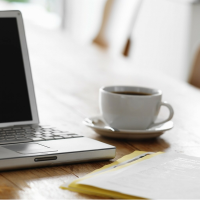